Tom and I have booked a trip to Paris for our 2nd wedding anniversary in December, so I was quite excited to get an invitation to review the current UK tour of Amélie The Musical when it opened in Oxford at New Theatre on Monday night.

The musical is based on the five-time Oscar-nominated 2001 film, Amélie. 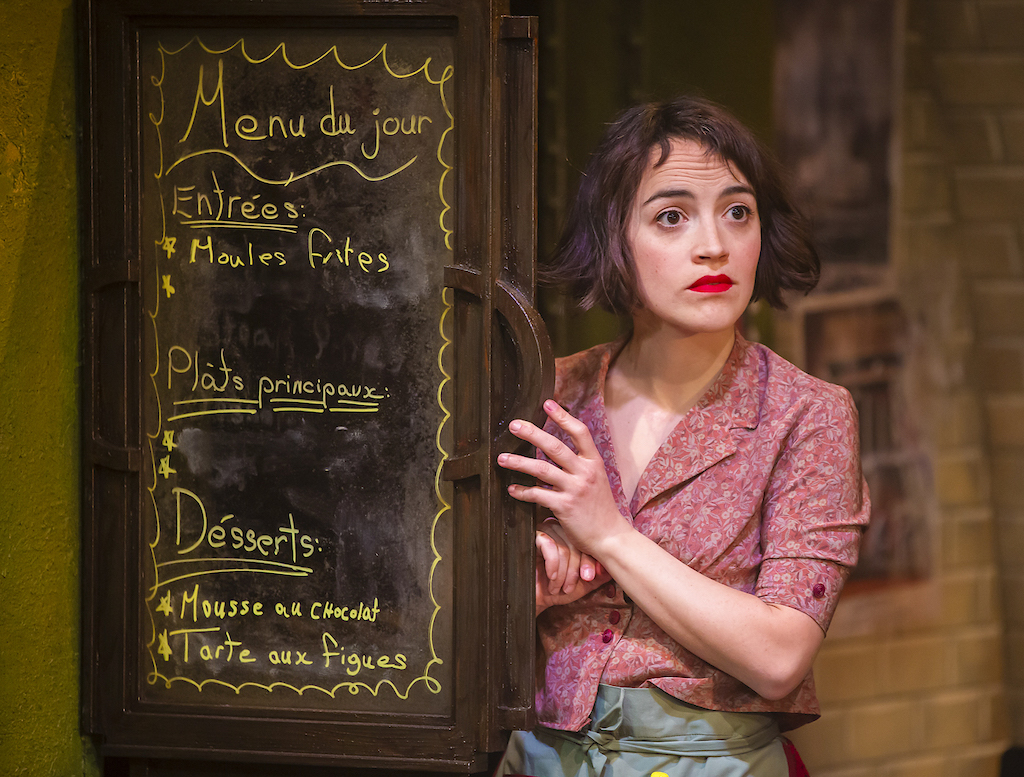 Amélie is the story of an astonishing young woman who lives quietly in the world, but loudly in her mind. She secretly improvises small, but extraordinary acts of kindness that bring happiness to those around her. But when a chance at love comes her way, Amélie realises that to find her own contentment she’ll have to risk everything and say what’s in her heart.

I’ve not seen the original film, Le Fabuleux Destin D’Amélie Poulain, but I know that it was popular with audiences – it is to date the highest-grossing French-language film released in the United States and one of the biggest international successes for a French film. I was a bit surprised to see that the theatre wasn’t quite so full as on other visits.

This was probably the best performance we’ve seen at New Theatre during 2019 and certainly since we saw Blood Brothers before Xmas.

Audrey Brisson’s Amélie is kooky and petite. Stereotypically, you’d expect Amélie to be mousy, fragile and vulnerable, and although she certainly has moments of anxiety, she asserts her own mind throughout the story. She won’t simply accept what she’s told by her overbearing parents, that she has a weak heart and that’s her lot – like something out of the Victorian era with women frequently diagnosed as hysterical. That appealed to me. 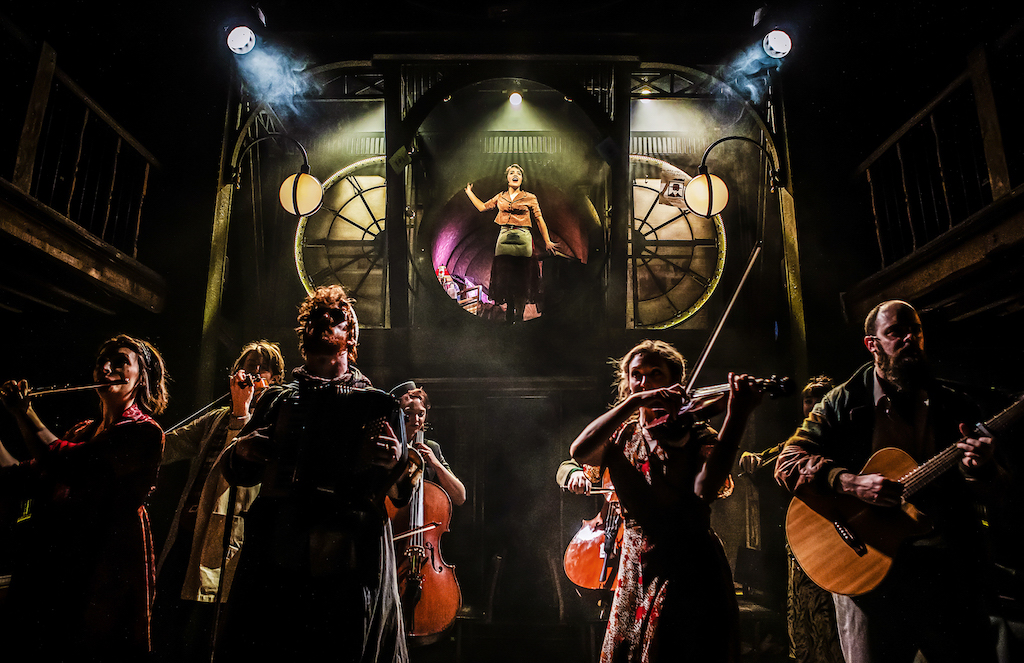 I have always admired anybody who can play a musical instrument, especially if they can move at the same time. I remember aged 14 playing Mambo No. 5 in school jazz band and at different points, we had to stand and rock from side to side whilst playing the clarinet – I found it so difficult!

Here every member of the cast played an instrument frequently completing challenging, ensemble choreography. I found Jez Unwin who played Amelie’s father, Raphael, particularly mesmerizing because he played the cello, balanced from one shoulder (and in some lights looked a bit like Nicolas Cage!).  Jez is also part of the postmodern swing group, The FlyBoys. 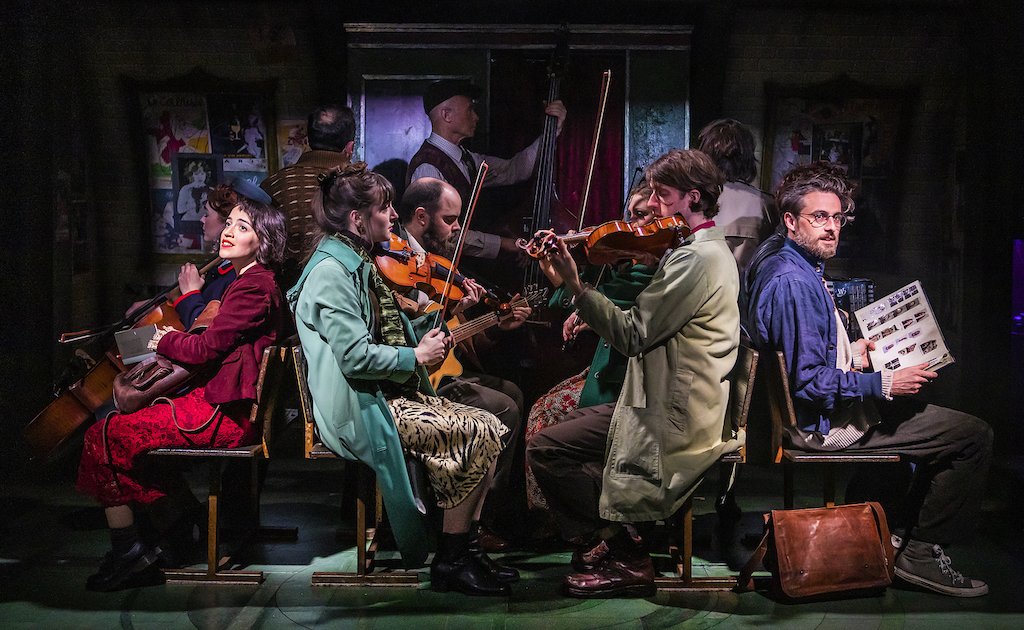 I was not expecting Princess Diana to feature so heavily in this Parisian story about 20th-century bohemians, but that lead to some of the funniest scenes. Caolan McCarthy has an excellent Elton John warble during the scene where the cast reenacts part of Diana’s funeral for Amélie. Writing it down it sounds quite disrespectful, but actually, it’s very moving, you’ll just have to watch the musical for yourself.

As a musical it wasn’t filled with songs that you’d necessarily recognise, however, they were all solid numbers with many of them breaking into several harmonies and with difficult melodies to sing. All the cast had super voices, Audrey Brisson’s high register was perfect for Amélie and contrasted well with Danny Mac’s melodious alto. 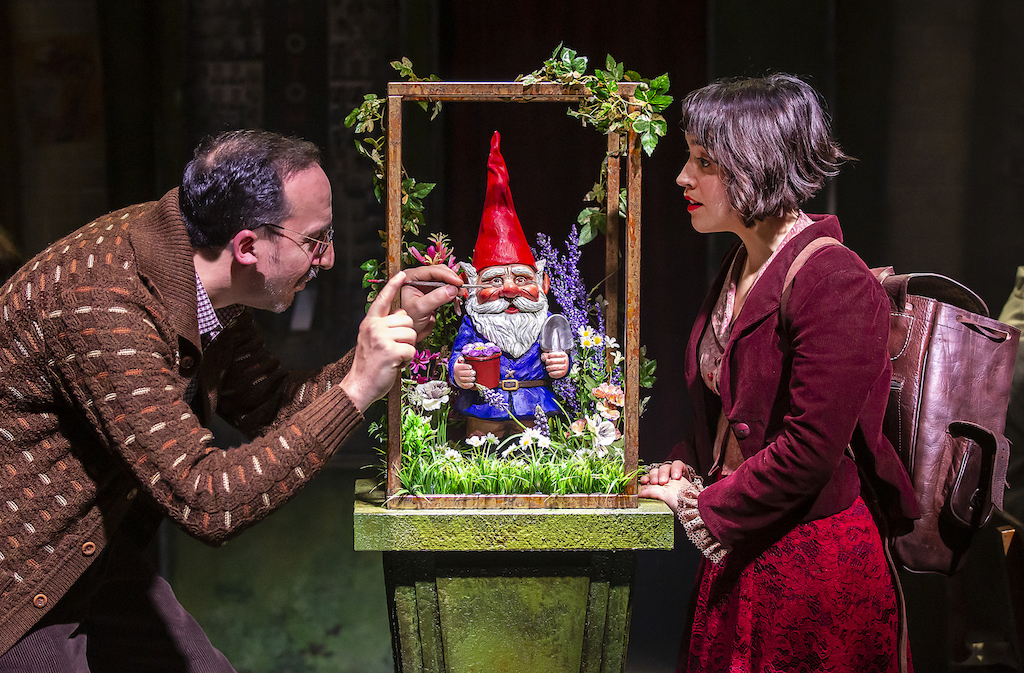 On the way home, my mum and I discussed at some length, as two avid musical fans with comprehensive knowledge (spanning 1940s Hollywood to today’s frequent jukebox musical), we agreed that it was good to see a musical that had both light and shade and wasn’t a complete camp romp from start to finish. (Don’t get me wrong, love that too!)

It’s a sophisticated musical, that has moments of sadness. It’s not quite as tragic as King and I, West Side Story or Carousel, where (spoiler!) the main chap dies, but it is still poignant.  The finale chorus ends with Amelie’s ‘Where do we go from here?’ to Nino’s ‘I don’t know, Will there be sweet things? I hope so.’

With music by Hem’s Daniel Messé, lyrics by Nathan Tysen and Daniel Messé and book by Craig Lucas, this new musical adaptation is written by Jean-Pierre Jeunet and Guillaume Laurant and is directed by Michael Fentiman.

Tickets for Amélie, which runs until 21st June, can be purchased from the New Theatre box office on George Street, by ringing 0844 871 3020 or by visiting our website at www.atgtickets.com/oxford

You may also enjoy:

This site uses Akismet to reduce spam. Learn how your comment data is processed.